Ada and the Engine Reviews 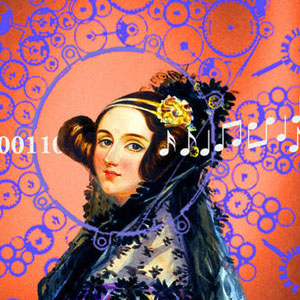 Ada and the Engine

Average Rating based on 4 reviews

"...A strength of the Central Square production is the intricately detailed facsimile of the Difference Engine onstage. The work of props designer and computer science consultant Dick Rubinstein  who, according to a playbill note, spent two years creating it  drew the fascinated attention of spectators during intermission at Saturday nights performance."

"...Dont worry, you dont have to be a math wiz to enjoy Lauren Gundersons engaging historical drama, which has been effectively staged by director Debra Wise. Over the past decade, Gunderson has become one of the most produced playwrights in the country. Here she has crafted a story that celebrates Adas exuberant nature: this is an involving look at the highly privileged life of a free-spirited young woman in Victorian England. As Ada, Mishy Jacobson shines. The actress evokes her characters lively nature: fun, strong-willed, and self-confident. Her mathematical genius is simply a gift  no scenes of hard study necessary. The strange part is that no one in the play, except Arciniegas Babbage, seems to notice the miracle underfoot."

"...Ada and the Engine is problematic, and the script has problems. It reorganizes the life of English mathematician Augusta Ada King, Countess of Lovelace to tell a unique story about the intersection of computational science and gender roles. It approximates Ada Lovelaces life to continue the discussion about the uphill battle women face in STEM."

"...The production benefits from its spare set and Debra Wises fleet direction. Through a combination of manners, music, and mathematics, we get another eye-opening look at the strictures women had to break through in order to transcend their station in life and have an impact on the world of ideas. That someone as brilliant and visionary as Ada Lovelace is still relatively unknown in the annals of HIStory, makes me hungry for more tales from the crypt of dead women whose contributions remain buried."